Comparing Romanian Policies on Employment: Lessons for the Roma Decade

A comparative analysis from a critical perspective of the Strategy of the Government of Romania for the Improvement of the Condition of Roma and the National Action Plan for Roma Inclusion 2005 -2015 in the area of employment.

During the years of political and economic transformation in the countries of Central and Eastern Europe, unemployment became a common feature and a personal tragedy for a vast number of Roma families. Roma were often the first to be laid-off from their jobs in the early 1990s, due to lack of skills, lack of education and long-standing discrimination. Most have since been persistently blocked from reentering the labour force. Unemployment is a serious social problem, which has devastated whole communities. Roma exclusion from the labour market perpetuates the poverty cycle and the low standards of living of Roma. Impact on the community’s level of employment should therefore be one of the main factors for governments to take into account when designing Roma policies aimed at breaking the vicious cycle of poverty and exclusion.

Under pressure from the EU to fulfil the 1993 Copenhagen political criteria, the governments of Central and East European countries have initiated programmes and measures to improve the situation of Roma in general, and to decrease unemployment rates among Roma in particular. From 2000, most EU accessions candidates for the first time adopted a specific and comprehensive approach to address the problems facing their Roma communities. Half a decade later, at the beginning of another major international initiative for Roma – the Decade for Inclusion – there is an urgent need to take a step back and try to analyse the implementation to date of the existing strategies and assess lessons for the future, especially where it concerns the programmes’ impact on employment. The Romanian Strategy for Improving the Situation of the Roma is one of the best case studies because, among the new initiatives, the strategy seemed to provide one of the most coherent and dynamic frameworks for effective intervention. The formulation of the National Strategy was also a highly inclusive and participatory process, in which a large variety of stakeholders took an active part.

However, almost all of the elements of the framework failed in the implementation phase. A number of serious weaknesses call for serious attention upon analysing and comparing the Strategy with the new National Action Plan for the Roma Decade. 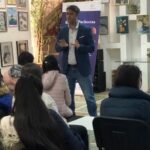 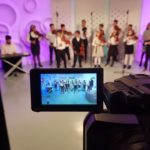 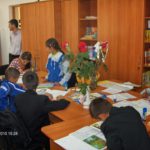